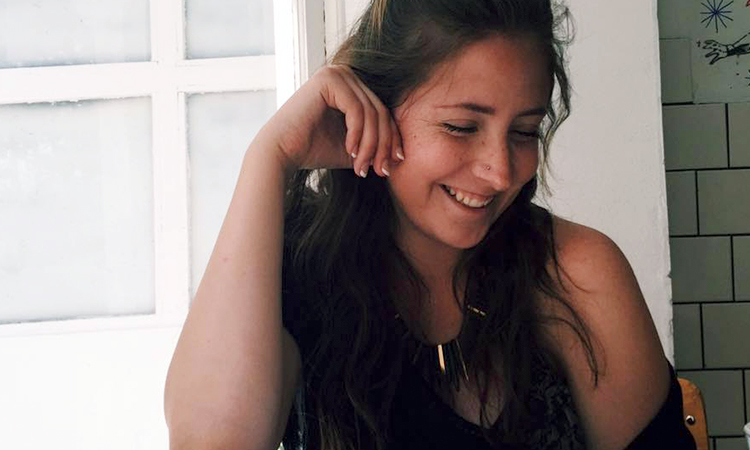 Hannah’s Story: The Power of ED

My eating disorder has been the most influential part of my life. Growing up, it wasn’t my mom, my dad, or a favourite teacher who I chose as my role model. It was Ed. I wanted to be skinny, pretty, special, and lovable; all things that were, in my mind the things my eating disorder was and could make me.  For as long as I can remember I idolized being skinny.  Every day I found some new flaw, something new to concentrate my hate on.

For the past five years I have been buying size 7 ½ shoes. It might not seem like much, but I used to be a size 8. That is, until my mom told me that it was too bad my feet were a size bigger because we couldn’t share shoes. To anyone else it would have seemed pretty innocent, but it brought on a hatred of my foot size. I believed I had these huge flipper feet, feet that were too big for my body, that they would make a big flopping noise as I walked. From that day on I squished my feet into too small shoes. Shoes that hurt my toes the second I slid them on, that caused calluses, blisters, and ingrown toenails from being squished all day.  I became so accustomed to the pain Ed made me live in that I didn’t even realize it. I believed that the pain was worth being pretty. I didn’t care how much I hurt.

An Eating Disorder thrives on being able to manipulate body image. For as long as I can remember I have believed that I had cankles. The only thing I knew about cankles was that they were unattractive, I didn’t know what they looked like, I just assumed because they were ugly that I would have them. I tried all the cankle remedies I could find, I wanted to save up and get the surgery.  I fantasized about making my legs the perfect shape. Tracing and drawing on the lines of how I thought my legs should be. I wasn’t allowed to like any part of myself, so I made up flaws where there were none. To this day I still see the flaws I made up, the ones that aren’t really there.

Eating disorders are powerful, they are manipulative, they are cruel, and they are murderous. An eating disorder doesn’t care who you are, how many people love you, or anything about you. The job of the eating disorder is to kill you. There is no nice way to say it; Ed won’t stop until you die.

I had someone once ask me if I ate just enough to stay alive. The answer was no. I ate just enough to keep the secret, but honestly, I didn’t care if I lived or died. In fact, I would have preferred to be dead, because if I was dead, I would be skinny. Some part of me always knew that what I was doing could kill me, and an even smaller part knew that it was actually killing me. I knew that I couldn’t keep it up for much longer, that one day I would fall asleep and never wake up. I was content with that, I knew it could happen and it didn’t faze me. It brought me a sort of comfort when I thought about it. When I died I wouldn’t have to deal with hating myself, there would be no pressure to be perfect, no school, no work, no Ed. I wanted to die, but I wasn’t really in a rush, I was ready for the slow painful death, the one that would last years. I used this knowledge as fuel to keep me going. I would finally reach my goal weight and then I’d be gone. I was comforted by
the fact that my death would be painful, I believed I deserved it. After all, I was in my eyes, a burden.

I was okay with dying. I was 10 years old, embracing the thing that was killing me. I lost a little more of myself each and every day. I became obsessed with what people thought of me, I would spend hours staring at myself in the mirror just counting the things I hated. I lost myself in the pursuit of perfection. In fact, I almost lost it all.

December 30, 2015, I fell to the floor of the Royal Victoria Hospital and I couldn’t get up. I lay there on the cold concrete floor watching the feet walk past me, listening to the squeak of wheels as wheelchairs passed by. The steady rhythm of a heart monitor filled my mind and drowned out the voices around me.  I could feel my breath stuck in my throat. My chest was tight and burning, and time seemed to stand still.  I couldn’t move, I just lay there mentally and physically exhausted. All I could think was; this is it. I didn’t mind the thought. I was just so tired. In that moment I gave up, I thought I was done, I surrendered myself to the floor and I just laid there. I didn’t think I had it in me to keep going. I felt like I had melted to the floor, as if I would never get up.

July 17, 2016, I was allowed to start doing light physical activity.

December 30, 2016, I celebrated a year without hospitalization

Ed is powerful, and yet Ed is nowhere near as strong, smart, and resilient as you are.

Sometimes falling to the floor and doing nothing is the best thing you can ever do. You are worth being saved, you are worthy of life, you have so much to offer the world. Never let Ed or anyone else squash your light. You are powerful, you are strong, you are smart, you are amazing. Put up your fists because beating an eating disorder is the fight of a lifetime; but you can do it.